Bug Fables’ debut on Xbox One is here! We’ve worked hard for many years to make this love letter to RPGs, and reaching this milestone is a childhood dream come true!

The support that let us push through

Throughout development, we constantly posted updates. Our first demo was harshly critiqued, but we took the feedback to heart and started over!

We launched an Indiegogo Campaign in February of 2018 which was successful. A great part of it was the Create a Character / Item tiers, for fans to add content to the game!

Despite some fear, setting clear boundaries about what was and wasn’t allowed, every single backer got to include their vision into the game. Our world became even more vibrant, influenced by the backers’ different styles and ideas!

Some of them became incredibly popular too, and we cannot escape the fans’ gift and drawings on them…

A Beta Test for the ages

The credits were finally rolling.  We felt invincible, and launched the Bug Fables Beta on July 5th, 2019. What could go wrong?

If there are any aspiring game developers reading this, hear it from me: Your game is not finished when it’s done. We found skips, crashes, plot holes, teleportation…

And thanks to the fans’ patience and support, after almost 60 patches of improvements, additions, rewrites (and fan art), the game was in a state ready to be called 1.0!

I cannot stress enough just how much was improved thanks to them. And I thank them from the bottom of my heart. Here are a few of the things that resulted thanks to the Beta Tester’s suggestions or reports:

We couldn’t sleep when the game first came out. To finally see people play it was amazing! And we can’t wait for this to happen again today.

The fan art, the encouragement and the sheer fun gave us the strength to keep updating the game! Release gave further critique and suggestions, and we made sure to patch them in. The Xbox One version will launch with all of these upgrades!

We’re probably not done yet. We’re ready to watch and listen to what else we can improve. Although the game’s definitely complete, it’s the least we can do for the fans who gave us everything we needed to succeed. They funded us. They critiqued us. And they gave us infinite support.

Thank you, everyone. And may you enjoy the game’s second launch! 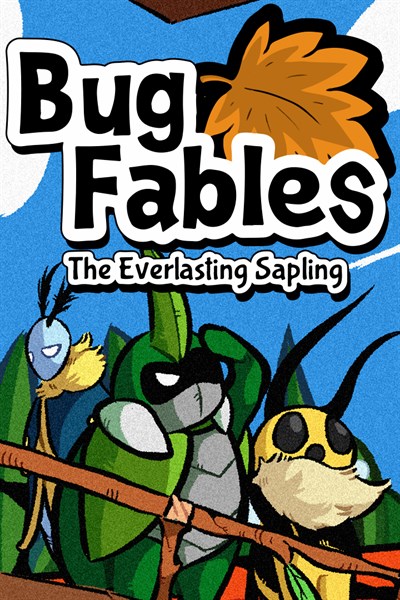 ☆☆☆☆☆
6
★★★★★
$24.99
Get it now
Small Heroes, Big Adventure! Bug Fables is an adventure RPG following three heroes, Vi, Kabbu, and Leif, as they embark on an epic quest in Bugaria in search of treasure and immortality! The game combines colorful platforming with the heroes' unique abilities as they explore a wide variety of areas in the kingdom. Battles are turn-based and make use of action commands that can enhance attacks.

Hidden within the foliage of nature lies a small but prosperous continent – Bugaria. Insects from all over the world travel to it in search of the treasure scattered across it. The most sought after of these relics is The Everlasting Sapling! Eating just one of its leaves can grant even immortality! In search of this ancient artifact, a brave team of explorers – Vi, Kabbu, and Leif – will travel across many different environments. In order to do so, they must work together to clear puzzles, defeat strong enemies and help the general bug populace!

Related:
Georifters: Embark on Ground-Bending Adventures Today on Xbox One
Those Who Remain: Creating a Psychological Thriller From Concept to Launch
May 2020 Xbox One Update Introduces Simpler Guide & More