I launch the game, a black screen appears, Super-Hot, pressing a button, bam! I’m already in a fight. Some red dude running at me, I punch him in the face, he falls down, head shattering on a pavement, now to the gun, I grab it, bam! bam! two more guys down. So far so good, plays like good old Superhot. Feeling more and more familiar with every stage – dodge, grab a bottle, throw it, take a gun, shoot, win. A guy with a pipe. I hurl a can of soda at him and stand puzzled as he hits it back towards me. That’s new. What else? Throwing knives that stick into enemies, shurikens, painting palettes and a whole lot more stuff to play with.

10 minutes in, something weird happened, I start again. Some red pop-ups try to tell me something. I skip, whatever. Hearts appear in the left corner of the screen. So, I have HP now? Apparently yes and I do need it. The structure of the game changes. I’m now thrown into sets of levels, the enemies are random, the stages are random, no way to play by memory. I die – again and again. I must adapt to survive. Finally, I get used to the new flow, red guys fall down one by one. White cursor flashes on some ancient DOS-looking progress screen. It stops, a window appears. I get to choose a “hack”. Basically, a power-up. I take more HP; I know it’ll be useful very soon.

1 hour in, there is still more. Barely scratching the surface. I see some kind of structure I can navigate through. Select nodes with sets of levels. New hacks, new weapons, some info scattered about. Wait, I see a glitch. A red guy carrying a red weapon. I shoot him, the weapon breaks. Weird. Another level, the same thing happens. This changes things, I need to adapt, switch my patterns. How many new types are there? I see an enemy with a concrete torso. Lose sense of flow. I die. I want more.

10 hours in. Still in the game. Playing with Recall.core, I love it when I decapitate 3 enemies at the same time. I love deflecting bullets; it saves my life a lot. Feeling tired. Don’t know how much more I can take. I need to uncover all of it, unlock every hack, read every #. I feel I’m close, just one more node.

Finally, I’m done. My hands still shaking. Do you want to play it too? Good news, it comes out in just one week. July 16. Best thing? You can have it for free – if you already own or buy Superhot before Mind Control Delete releases. That’s right, you just have to wait a little more. See SuperHotGame.com for more details. 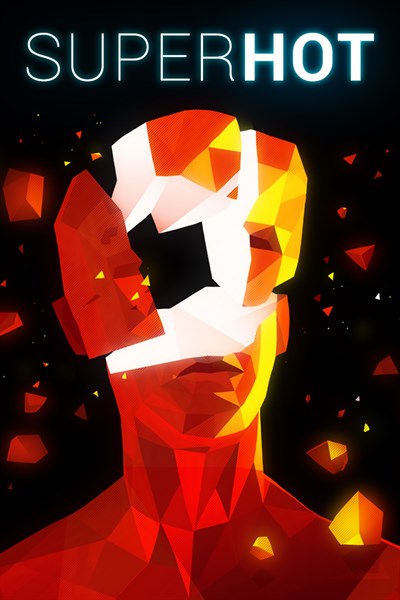 Purchasing SUPERHOT now makes you eligible for a free copy of SUPERHOT: MIND CONTROL DELETE when it releases in just July 16th. Over 3 years in the making, this new standalone title is built to satiate the players’ intense need for more SUPERHOT. More time-bending gameplay, more powerful cinematic action, more meaning – if you just dare find it.

As a token of our gratitude to you, the community that keeps our studio going, you will receive a free copy of MIND CONTROL DELETE, provided that you own SUPERHOT on Xbox One – acquired outside of the Games With Gold Free Games giveaway – on the day MCD is released in just July 16th.

Time moves only when you move.

Blurring the lines between cautious strategy and unbridled mayhem, SUPERHOT is the FPS in which time moves only when you move. No regenerating health bars. No conveniently placed ammo drops. It's just you, outnumbered and outgunned, grabbing the weapons of fallen enemies to shoot, slice, and maneuver through a hurricane of slow-motion bullets.

With its unique, stylized graphics SUPERHOT finally adds something new and disruptive to the FPS genre. SUPERHOT’s polished, minimalist visual language helps you concentrate on the most important – on the fluidity of gameplay and cinematic beauty of the fight.

SUPERHOT features:
– Endless Mode – How long can you last against unyielding waves of enemies?
– Challenge Mode – Take on SUPERHOT with your bare hands, no restarts, timed runs, and more.
– Replay Director – Edit and share your most epic in-game moments
– Extras – Delve further into SUPERHOT with mini-games, ASCII art, and [redacted].

Thirty months in the making. Thousands of hours put into development and design. From its humble origins in the 7 Day FPS game jam, through a hugely successful Kickstarter campaign to a plethora of awards and nominations from industry experts, SUPERHOT is a labor of love by its independant, dedicated team and thousands of backers from all around the globe.

Related:
Free Play Days – The Sims 4 and Citadel: Forged with Fire
Delve to Defeat Dastardly Fiends in Trove on Xbox One
Make Room for the Couch Co-Op Sale on the Microsoft Store